Note, I don't say it can't be done. It definitely can. I see it all the time in popup menus in Visual Studio. I type something that refers to "System.Web.UI.HtmlControls" and, poof, there's a menu that tells me all the options and what they mean.

Unfortunately, I am unable to do so with any form of reflection I have been able to devise. On top of all the stuff I did yesterday, I tried so many variations on the theme that I can't even remember them. No matter what, I could not convert the string "System.Web.UI.HtmlControls" into a list of methods, properties or anything else. I'm going to have to move on. I did take a little side trip into Javascript today. That was very fun. Familiar is nice.

My next major task is to implement ASP.NET MVC and figure out how it works. However, I have come to understand that reflection is incredibly useful in figuring out how things work so I have digressed.

From the first reflection tutorial I tried:
The First Experiment
This code: 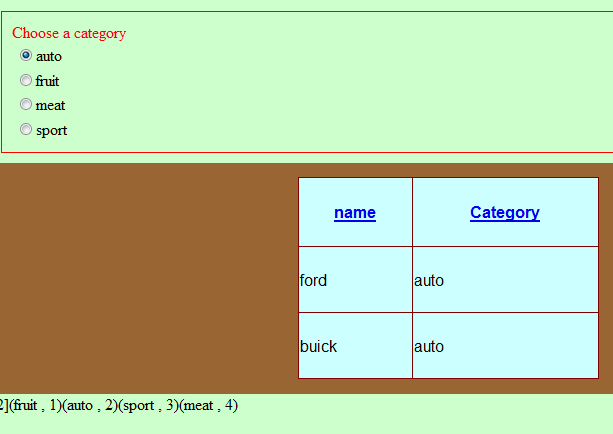 The new project does a lot of good things. Unfortunately, it didn't make it so that my website could connect to the database.

Google lead me to a page where a person asked the exact right question (Praise Google!). As I suspected, I had set up my database to use Windows authentication. That means that the tools could access the database as tqwhite, but the website could not. It runs as IUSR (I think) and that has no way of logging in so that MSSQL can inherit its privileges.
Turns out that one can use the Manager to change the security mode to allow both Windows authentication and the usual SQL user model. Reading further, I found that MSSQL ships with a user "sa" that is disabled by choosing Windows authentication. Blah blah.
Bottom line, I the thread I was reading also told me about another page [see update below] that explains how to deal with this. Basically, it's right-click on the database in the Manager and change Security. Then restart the server and execute these two queries:
ALTER LOGIN sa ENABLE
ALTER LOGIN sa WITH PASSWORD = 'VeryStrongPasswordHere'
Obviously, you should choose your own password.
But then, I need to make it so that the website knows about these credentials. I right-clicked my butt off on the database connection and couldn't do it. Eventually, I chose properties and found that the connection string was:
Data Source=QUINDOWS;Initial Catalog=tmpTest;Integrated Security=True
I tried to edit this but it wouldn't let me. I'm sure I'll figure it out, but instead I edited the generated code file (temporarily). In my sandbox it's App_Code/DataClasses.designer.cs. I found the code that accesses a static class to get the string and changed that part to:
Server= QUINDOWS;Database= tmpTest;integrated security=sspi;Uid=sa;Pwd= VeryStrongPasswordHere;Trusted_Connection=no
Save, Run, Scream Eureka!!
I got a data grid.
Obviously, the next step is to figure out how to implement the new authentication using the tool, but at least I know that it will work when I find it.
UPDATE: I'm not sure if I'm stupid or some context sensitive thing changed. However, on the Server Explorer where the database connection resides, I was able to right-click and select Modify Connection. I changed it to SQL authentication and entered the info. I undid the damage I had done by editing the generated code (had to delete and recreate). It works.
UPDATE 6/29/10: As you might have found out, the page that explained how to set the security mode has become password protected. I found new info HERE. It says to open SQL Server Management Studio, right-click on the server item at the top of the object list at the left. Then, choose Properties, then Security. You will see a section on Server authentication. Choose SQL Server and Windows Authentication Mode. Life will be good. You can then add the users using SQL commands as above.
Still trying to get Linq to SQL going, I got things working enough to learn that the namespace created for my database classes wasn't being recognized. One way to figure out what the system knows about is to look at its auto-completion proposals. When I typed, "WebApplication1.", it offered me "default" and "demos". The latter is a folder I created and have been able to use. Upon closer inspection, I saw that the icon for demos was yellow and for App_Code wasn't. I can't figure out a way to change it. However, and this is the point, during this adventure, I have found that Visual Studio can create two different kinds of web projects, "web site" and "web application". When I started, I thought "Hell, I'm a developer. I write applications," and chose application. During the learning so far, I found out that Web Application is not exactly deprecated, but it's not the cool kind of project, Web Site is. Application was added after VS 2005 was introduced because the apps developed in 2003 wouldn't port forward. They had project build files or something that are not part of the new, improved Visual Studio. This combined with the fact that some of the behind the scenes wiring in my sandbox was not working made me decide to blow off the Application route. I killed it all and create a new Web Site project. After going through the rigamarole to add the database, gridview, etc, I get a clean compile. The namespace for App_Code is recognized and, for good measure, I didn't have to manually add the Using statement to include Linq. This is progress.